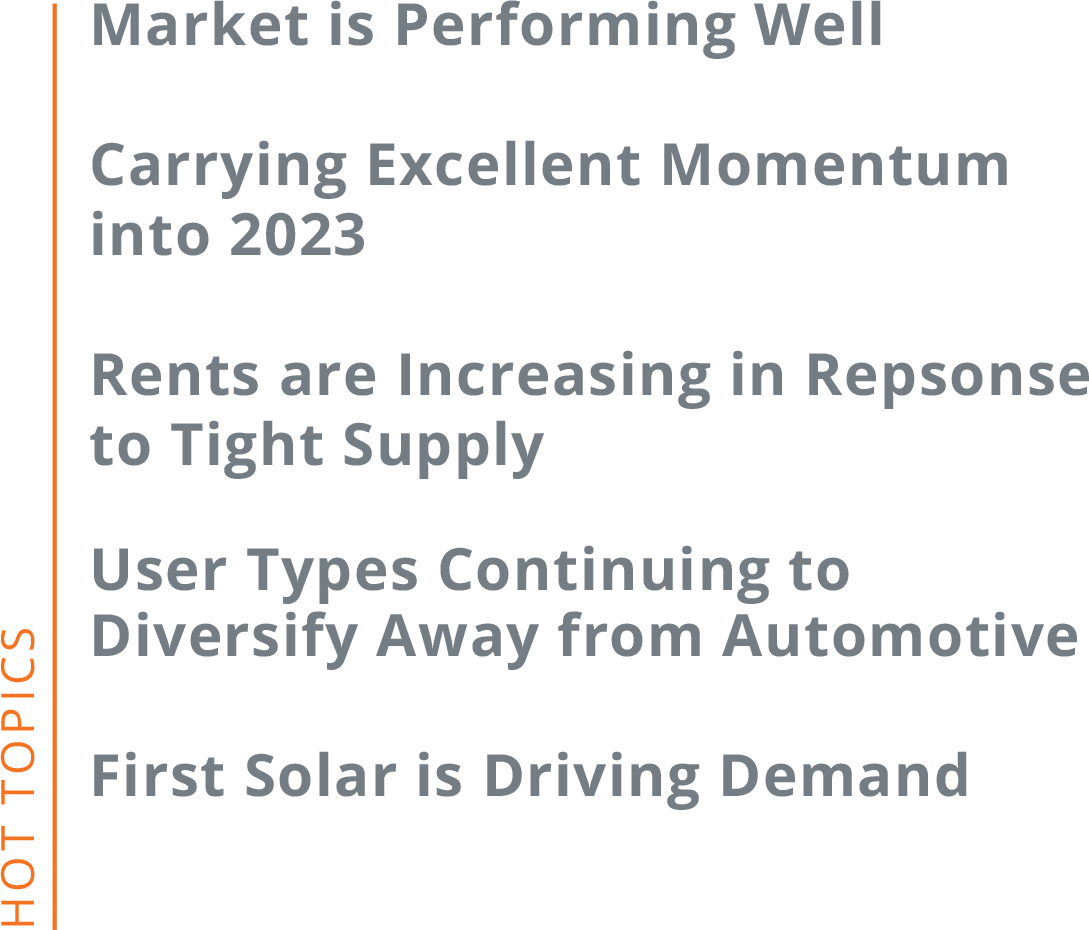 The Toledo, Ohio area industrial space market performed re- markably well in 2022 as captured in the Reichle Klein Group’s year end survey. The market also enters 2023 carrying a lot of positive momentum due to sustained demand from users, need- ed spec space that is under construction and announced new projects.

In a market of then approximately 92 million square feet that began 2022 at an overall market vacancy rate of 3% the only way this could be achieved was through significant new construction of primarily built-to-suit facilities, which is exactly what occurred. A total of 3,677,586 square feet of new space was delivered in 2022 all of which was or was intended to be built-to-suit.