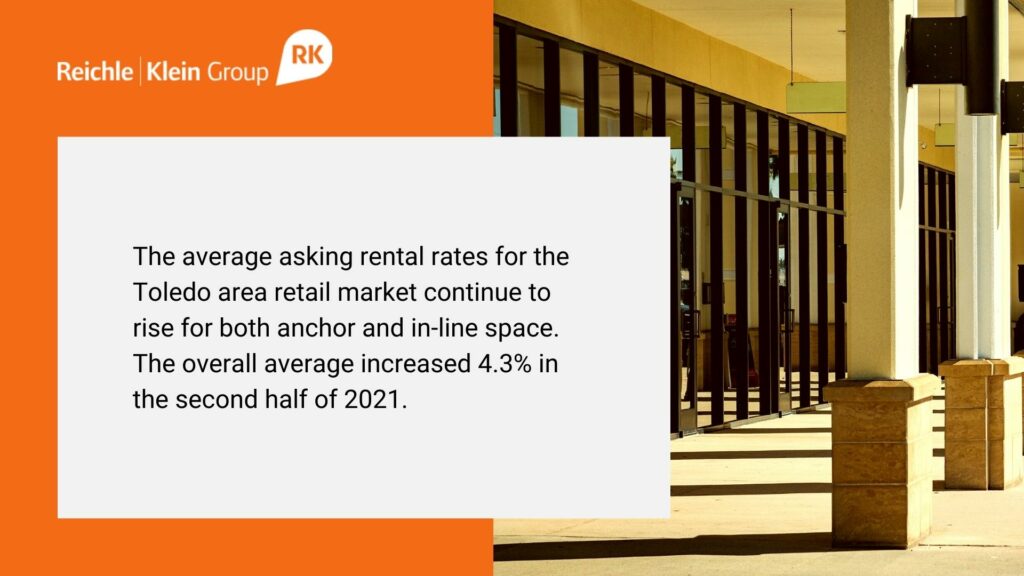 The average asking rental rates for the Toledo area retail market continue to rise for both anchor and in-line space. The overall average increased 4.3% in the second half of 2021. The increases are being driven by the performance of the Perrysburg/Rossford, South/Southwest, and West Toledo/Sylvania submarkets. Rent growth in these submarkets is offsetting declines in asking rates in North Toledo, Lambertville/Temperance, East Toledo/Oregon/ Northwood and the Central City. 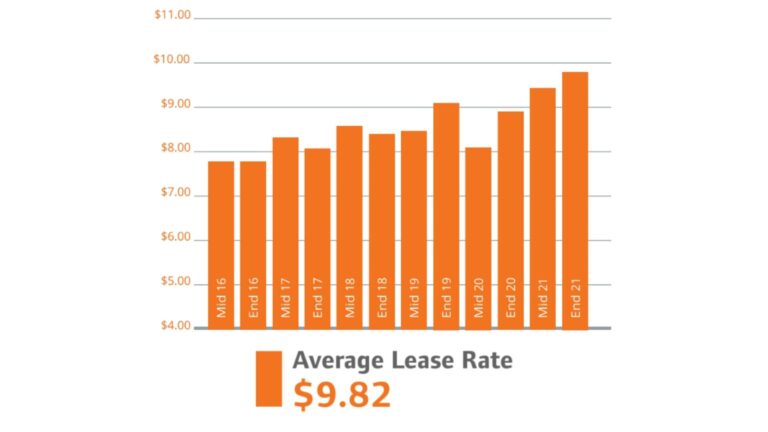